Mike Baliman is host of the London Fintech podcast and author of the new book, The Realpolitik of the Unlisted Company Board. In this podcast, we discuss the importance of the board of governors to help drive change and be an engine of growth for companies, especially those that are unlisted. You’ll hear about the different ways to constitute and run a Board, how it is different between small and big companies, publicly traded and unlisted. A strategic conversation.

One thing serial entrepreneurs learn if the value of a Good Board in helping drive business success and avoiding car crashes along the way. The ne plus ultra is having a great Chairman. Brian Basham has founded many businesses and chaired many businesses. In 1976 he founded the Broad Street Group with £100 he had borrowed and ten years later listed it on the LSE for £36 million. Furthermore the Broad Street Group was heavily involved in the M&A decade and Brian advised many FTSE Boards, gaining yet more insight into what makes Boards tick and the role of the Chairman.

Thus I can think of no-one better to explain to us all the most important aspects of the Chairman’s role having experienced the whole NewCo to listing/trade sale several times over as well as having many case studies in mind – several of which he shares from the country’s top companies. 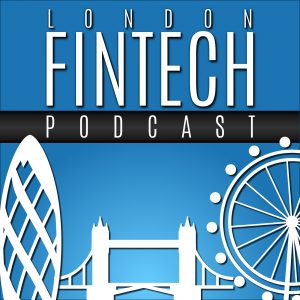 We talk company boards with Mike Baliman as he previews his new book on the subject.

We are taking a break this week from all the drama happening in the world today to bring you something completely different: a discussion on company boards. Most founders don’t give much thought to their board. But there are real advantages to creating a quality board of directors that really serves the entrepreneur and actually makes up for some of his/her weaknesses.

Download a PDF of the transcription of Podcast 241 – Mike Baliman

The Realpolitik Of The Unlisted Company Board – Making Your Board An Engine Of Growth is a behind the scenes account based on interviews with some 80 SmallCo Boarders – mostly founders but including Chairmen, NEDs, VCs, Angels and other SmallCo Boarding surround.

Company Boards are a mysterious and remote thing for most people – only a tiny percentage of any company serves on the topmost, legal Board. If you are in MegaCo they will generally be so remote as to be irrelevant to your day job. Even in a SmallCo you may know little of what they do other than matters such as signing off on fund raisings, certain large expenditures et al. You will have read about the obsession of recent decades Corporate Governance and think that Boards are just paper pushing. However no matter how inexperienced and naive all founders sooner or later find out that it is the Board that governs the Company not the founder. For some time the founder might have voting control on the Board but as bigger and bigger raises come and go the founders control slips away which creates a whole new dynamic.

In this show we discuss the background leading to the book, the motivation and some key takeaways as well as the thing that serial entrepreneurs know about the Board that the first time founder does not – done well the Board can turbocharge the SmallCo’s success – done badly it can end up in company failure or the sacking of the founder who created the company in the first place.