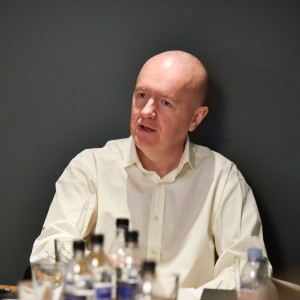 I first became a Director over thirty years ago and have held several positions and had many incarnations since. I am now a NED, Board Mentor and an Author and Authority on the Unlisted Company past and present.

My first role was as the twelfth employee of Praxis Systems, a new startup in Bath. Eighteen months later when I left there were 55 people – a seminal experiences in Startup growth. I then moved to Kleinwort Benson where I was first the youngest Head of Fixed Income Fund Management in the City and then the first Global Head of Risk in the City. Over this period Kleinworts was acquired and had grown from an organisation of some low thousands to high tens of thousands.

I have now been independent for 22 years, created a strategic management information product that generated seven-figure revenues, have turned round major projects, have advised and consulted with many businesses and worked with all scales of business from microbusinesses to those with over a third of a million employees. My London Fintech Podcast is the most blue chip and oldest podcast in its sector running for some six years and with over six hundred thousand downloads in 193 countries. Guests have included not just the leading tech businesses in London but important figures such as the Lord Mayor of London, Lord Turner the last Head of the FSA and Sir Paul Tucker former Deputy Governor of the Bank of England.

My career led me to be fascinated with what makes some companies grow and some fail. My network of hundreds of the latest hottest new companies as well as the old solid companies gave me an excellent network to source nearly one hundred interviews to discuss the role of the Board in the success of Unlisted Companies (I am told all of these factors apply to Listed Companies too – they just have more bureaucracy to wade through).

Having worked in all scales of Company I know that all are vital to the modern economy. My passion however is in helping the small to medium Company create and grow.. Better companies lead to happier employees, better products and services, more employment and money for the economy and last and most importantly a better society for all.

And Finally – This Website’s Header Image and A Little History…

The US flag was based on the EIC flag

The header image shows a detail from an engraving, made in the year of the EIC’s dissolution, of a meeting of its Court of Directors (akin to the modern Executive Committee) at East India House, London which site is now occupied by Lloyd’s of London insurance. Source: “The Illustrated News of the World, 15 May 1858” Bridgeman Picture Library. The full engraving is featured on the cover of “Realpolitik”.

The East India Company (EIC), formed in 1600, was England’s greatest ever Startup. Although not England’s first Company it was the first one to survive with a seminal place in global history. The reputation of the EIC always rose and fell with the politics of the time – and now is no different. With the “systematic denigration of British History” (to quote David Starkey) it is seen in a blackened light. However the reality is very different…

In the 17thC the EIC was the only one of the major European global trading nations to focus solely on trading and not conquest. The EIC disavowed all violence and for generations was involved in next to none of the imperialism that went hand-in-hand with trading by the leading European nations of Spain, Portugal and Holland. Thus: Sir Thomas Roe, English Ambassador to India, in a 1616 letter to EIC HQ:

“Let this be received as a rule – that if you will profit, seek it at sea, and in quiet trade; for without controversies, it is an error to affect garrisons and land wars in India.”

This contrasts notably with the practice of their far larger Dutch rival – the VOC. Jan Coen, two-time governor of the Dutch East Indies and founder of Batavia (Jakarta), wrote in 1614:

“Your Honours ought to know by experience that trade in Asia should be conducted and maintained under the protection and with the aid of your own weapons, and that those weapons must be wielded with the profits gained by the trade. So, we cannot carry on trade without war, nor war without trade.”

And this was no idle boast – 14,000 of the 15,000 inhabitants on the key Banda spice islands were killed by the VOC. In 1623 the VOC captured ten EIC sailors and tortured them to death in the infamous Amboyna massacre. You might think your business competitors are tough but they are not that tough.

The EIC lived for a phenomenal 274 yrs, although for the last one hundred it became a repurposed arm of the British State’s new-found imperialism post the Seven Years War (“World War 0” – it was fought on five continents) and the loss of its thirteen North American colonies. This was something that even Marx, no lover of the company, wrote about, yet something which is all but forgotten in contemporary accounts today.

As it lasted for such a long time and as there are amazingly more written records of the EIC’s governance in that period than the British State (!) it provides a unique insight into the development and development of the Board. Chartered Companies had a two-tier Board structure which, contrary to popular understanding, was an English invention exported to the Continent. In its early days it was super-democratic having one man, one vote – and it gave women the vote long before the State did. Company Governance has thus perversely gone from “pure democracy” in the 16thC to what one might call “colonialism” today – the power in FTSEs lying with so-called Non-Executive Directors – who have little connection with the company and are neither owner nor management. The near five centuries of governance history is all but unknown – Cadbury, who changed governance forever in the UK, notably completely misunderstood how it had worked back in the day when governance was at it’s best.

The history of governance is covered in Chapters 2 and 3 of Realpolitik, as unless we can understand yesterday we cannot truly understand today. The evolution of governance is well documented in the centuries of the EIC – one of my prized possessions is a 1909 reprint of the (in modern money) the EIC “Court of Committees” minutes from 1640-1643. This is essentially our Executive Committee today though in the 17thC a “Committee” was someone committed to execute duties on behalf of the owners (“Director” in our terms – an interesting change of vocabulary in itself). It was quite some time before Committee evolved to the modern meaning of a meeting whose purpose all too often is to fill-in time, avoid working and avoid making decisions.